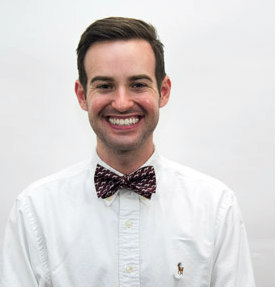 Austin Leone is a recent alumnus of Texas State University where he graduated with his Master’s in Biology in May 2017. His thesis focused on science education, specifically effective teaching practices within introductory biology courses at the college and university level. Recently, Austin won the Texas State University 3-Minute Thesis competition which required condensing his entire thesis into a presentation less than three minutes long.

During the summer of 2016, Austin traveled to Southeast Asia to help teach Elementary Education Majors and Cambodian students about biology as part of a Texas State study abroad program. Now, he is currently an Integrative Biology Ph.D. student at Oklahoma State University in Stillwater, OK. He now researches how students of the LGBTQIA community experience higher education biology programs. When he isn’t teaching biology lab courses or working on research, he spends his free time running and participating in adventure 5k races.

CO-Founder/President of The Human-Environmental-Animal-Team (H.E.A.T.) 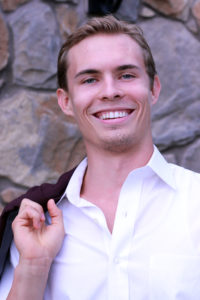 Ian Smith has been hosting community events and leadership dialogues across Texas since 2010, when he co-founded and expanded his dorm-room idea into a registered 501c3 non-profit. The Human-Environmental-Animal-Team (H.E.A.T.) started as a small club aiming to make volunteering fun. Within one year, the club won a cash grant and the title of “Organization of the year” from Texas State University.

Since its creation in 2010, Ian has founded eight chapters at universities and high schools across Texas. Ian also founded and currently manages a successful abroad program focusing on reforestation and restoration of coral reefs throughout Asia and Central America. Outstanding members from H.E.A.T. chapters have taken positive activism to Costa Rica, Nicaragua, Thailand and Indonesia, changing the lives of attending students.

The various H.E.A.T. chapters across Texas partake in physical volunteer work and have had many successes in launching creative awareness and fundraising campaigns. 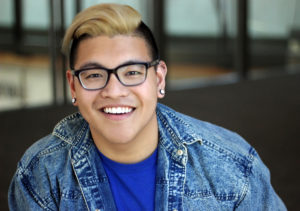 Jorrel Javier is a Philippines born, Southern California transplant raised and based in Torrance, CA. He is finishing his final year as a BFA Musical Theatre major at Texas State University, under the direction of Kaitlin Hopkins. A devoted Spoken Word Artist and occasional Slam Competitor, his hands sometime have trouble keeping up with his fast-paced brain and schedule.

Recently, he has been a featured poet at Texas State University’s first TEDx Talk (2016) and he was the founder and President of the SLAM! Spoken Word and Poetry Club (2016-2017) at Texas State University. In the past, he’s been a twice-featured poet at Redondo Cartel (2014-2015), the back-to-back Grand Slam Champion of Torrance High School’s annual Poetry Slam competition (2013-2014), and he won 4th place at the California State Speech and Debate Championship in the category of Original Prose and Poetry in 2014. 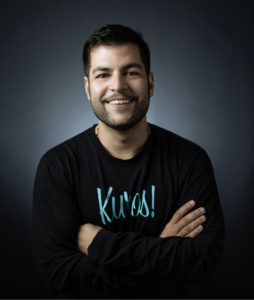 Kuro Tawil was born in Austin, Texas and graduated from Texas State University in 2012. He runs Kuros!, a socially conscious company whose mission is to give women around the world ‘A Fighting Chance’ at protecting themselves and living their fullest lives possible.

The company provides a physical, non-lethal means of protection against gender based violence by distributing free pepper spray to at-risk populations of women across the globe, with distribution supported through the sale of branded and licensed products. As of 2017 the company has operations on four subcontinents around the world and a licensed product in several thousand retail stores across the United States. 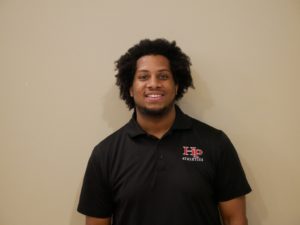 Michael Yates has been working in education for the last seven years as a college readiness tutor, education programs coordinator and a teacher. Michael is a proud graduate of Texas State University with undergraduate degrees in Applied Sociology and Communication Studies. He is currently pursuing his graduate degree in Curriculum and Instruction from Western Governors University. He has coached basketball for the last eight years and is a licensed USA basketball coach.  Outside of school Mr. Yates hosts speech and debate camps and public speaking workshops for adult professionals through his organization, Rising Star Speech. He is also a regular contributor for an online publication called We Are Teachers. Mr. Yates has a wife, Alexandria, and three children, Austin, Brooklyn, and London.

Senior Lecturer at the School of Criminal Justice 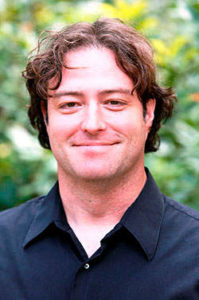 Richard Morley holds a Ph.D. in Educational Psychology with an emphasis on Culture, Human Development, and Learning from the University of Texas. Dr. Morley’s research focus relates to the impact of mindfulness meditation on brain networks associated with violence. Dr. Morley has published several articles, spoken at a variety of professional conferences, and conducted professional talks on several related topics including mindfulness, self-compassion, and antisocial personality disorder.

Upon arriving in the Austin area, Dr. Morley worked as a Parole Officer for the Texas Department of Criminal Justice. He left the TDCJ to pursue his Master’s Degree at Texas State University. Following his graduation, Dr. Morley became employed at Goodwill Industries of Central Texas where he helped former inmates find jobs. Also, he served as Chair of the Evidence Base Practice Subcommittee of Travis County Reentry Roundtable. 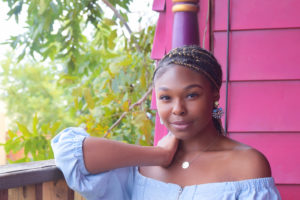 Sierra Holmes was born and raised in Houston,TX. She is a senior at Texas State University now studying Nutrition and Dietetics after changing her major from Broadcast Journalism. This choice to changer her major stemmed from her desire to invest her efforts into an area that would benefit a generation of people on an optimal level. With nutrition being 80% of one’s health, she made the choice to live a healthy lifestyle and motivates people to do the same. Her goal is to obtain her Master’s in Nutrition and her PhD. in Naturopathic Medicine. She hopes to open her own practice to continue bringing the needs of nutrition into the community and around the world. To achieve her goal, she invests much of her time towards innovation, public speaking, broadcasting, reading, and uplifting others on a daily basis. 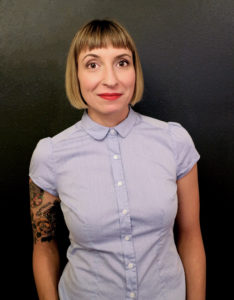 Her current scholarship examines the ways in which public discourse creates and maintains social inequities and how rhetorical criticism can promote social justice. In addition to her academic roles, Susannah advocates for criminal justice policy reform, as an organizer for the Second Chance Democrats of Austin and most recently, as a board member of the Formerly Incarcerated College Graduates Network. Susannah’s TedX talk examines the role of communication in constructing “differences” and how we can use communication as a tool to bridge those divides. 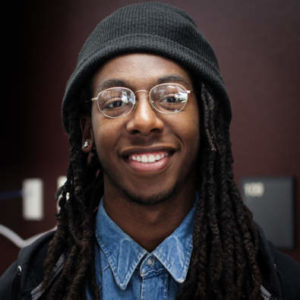 Born and raised in Austin, TX, Tafari Robertson developed a passion for cultural arts at an early age. In pursuit of creative truth, he continually writes music, painting, designing, and making videos. In 2014, he began working at KTSW 89.9, where he became the station’s first Multimedia Director.

In 2015, he founded an organization called the Pan African Action Committee (PAAC) to work towards the development of Black studies at Texas State. PAAC has organized many events that focus on cultural empowerment and education and developed Texas State’s first Multicultural Lounge and Black Students’ Resource Library in the Honors college. Tafari is also a recipient of the Honor’s college Undergraduate Research Fund, which he used to research the impact of institutionalizing Black history and culture at the opening of the latest Smithsonian Museum in Washington D.C. He is currently pursuing a B.A in public relations with a minor in art and design at Texas State University. 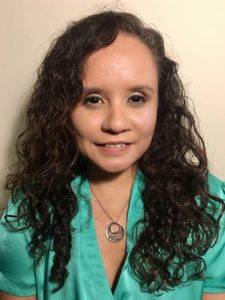 After Valerie received her degree from UTEP she relocated to Austin and started her career at Texas School for the Blind and Visually Impaired. She spent almost 9 years at TSBVI working in many different capacities, including teaching assistant, technology support TA, head track coach, and vocational rehabilitation instructor. Valerie has experience working with a variety of students ranging from the ages of 8 to 22 years old with varying academic abilities. In 2013, she began working at DARS/TWC as a Career Guidance Instructor. She has since obtained the Blindness Trainer Coordinator position at CCRC. While working for the agency she has written curriculum for the CG department, taught the College Prep program and presented at several conferences around the state. Most recently Valerie has obtained her Supportive Employment and Job Placement Specialist certification from UNT. Valerie loves waking up knowing that she may have a profound effect on a student’s life.